Finger prints can be taken at your local police station between 9am and 4pm weekdays only.

Once the application has been handed in at the South African police services, the applicant’s finger prints and identity number is loaded onto the SAPS system.

Should no record be listed against the applicant’s name, the Police clearance certificate will be issued, stating that no convictions have been recorded for any crime on the Applicants name in South Africa.

Police clearances certificates can be used for South African’s or foreigners that have lived in South Africa for more than 6 months. PCC’s are used to obtain or renew certain visas, working visas, for job applications or for immigration purposes in South Africa and abroad.

This application can only be processed in Pretoria.

The application can be sent via your local South African Police Station to Pretoria, this however can be a logistical nightmare as the Police Station will wait until they have accumulated enough applications to send in batches to and from Pretoria. The further away you are from PTA the longer it will take to process the application. The estimated time frame is between 6 to 8 weeks if there is a back log you can wait up to 6 months.

Most Police Stations in Cape Town will require you to make an appointment to have your finger prints taken which could also extend the time frame of the application.

People living abroad or in different provinces can also courier or post these application to the South African police services. However there are many instances where these applications get lost in the post, or get miss-placed once they have been delivered.

There have been cases where the incorrect Police clearance certificate has been sent to applicants.

Application made by people living abroad who will not be able to pay for their applications at their local police station, must pay the application fee directly into the SAP’s bank account. Which can be costly to transfer such small amounts, from foreign bank accounts.

It is advisable to enlist the assistance of an agency who will offer the service of paying this amount on your behalf. 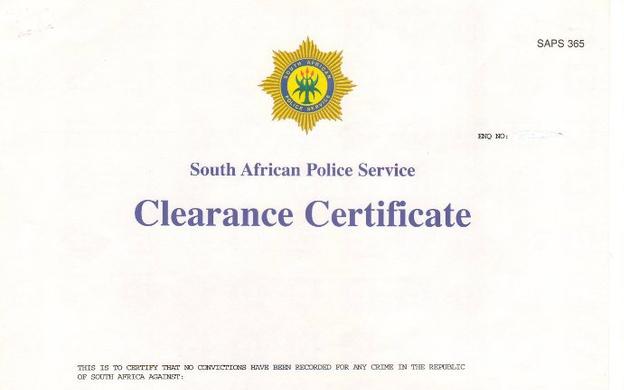 Recently the department of home affairs and tourism South Africa announced their controversial visa laws in which they encouraged parents and guardians to apply for South African unabridged birth certificates for their children, even if they have no plans to travel out of the country in the future. It is a strict legal requirement for those

Who wish to send their child on a trip accompanied by someone other than a parent or guardian
Parents who are travelling with their child, but not their spouse
Or anyone who wants to travel from or to South Africa with a child under the age of 18.
These regulations apply to all south African and travelers on departure as well as arrivals.

What is an unabridged birth certificate?

All children born in South Africa after 14 March 2013, were issued a certificate known as the unabridged birth certificate from the government free of charge and automatically. It is a birth certificate document that reflects the details of both parents of the child.

All the children, who born before that, are required to comply with the new law and apply for the certificate. Whether they are travelling out of the country or not.

How to apply for Unabridged Birth Certificates

Following is the application process for all the parents or guardians who want to apply for the unabridged birth certificates:

Note: parents or guardians must provide all the documents with original or certified copies.

Currently, all the children travelling in and out of South Africa are liable to carry a valid passport and unabridged birth certificate at the airport. These new regulations aimed to improve the child protection and security from kidnapping, abduction and child trafficking. The department urged foreign nationals and citizens to comply with the regulations and apply for the certificates in order to avoid the delays to their travel plans.